How Did We Get Here?

In the Spring and Summer of 2020 DART led a bus network design phase where DART developed a pair of contrasting bus Network Concept choices and gathered feedback from stakeholders (including municipal partners, transit riders, employers, workers and community leaders) on how DART should make major choices in the redesign of the network.

In Spring 2021 DART is presenting the Draft New Bus Network to the public. The Draft Network uses the same limited budget as the existing bus network, and was designed based in input from Phase I. Phase II goes through June 8.

The Draft Network would put more service in the places where the most people ride today.

After gathering input from the public, municipal stakeholders and the DART Board, a Final New Bus Network Plan will be created in Summer 2021. DART is planning to make service changes based on the Plan in January 2022.

How is the Draft Network different?

The Draft New Bus Network was drawn from a blank slate. Some routes are similar to the routes running today, but there are proposed changes to nearly every single route in the system utilizing the same limited budget.

In consideration of public input, the DART Board decided to make a modest shift to a higher ridership network.

The biggest difference, and the change that drives all of the other differences, is that the new network focuses more of DART’s bus service in the places and the routes where the most people ride.

All routes in the Draft New Network have new numbers! Check what routes would be near you in the interactive map or the route-by-route guide. 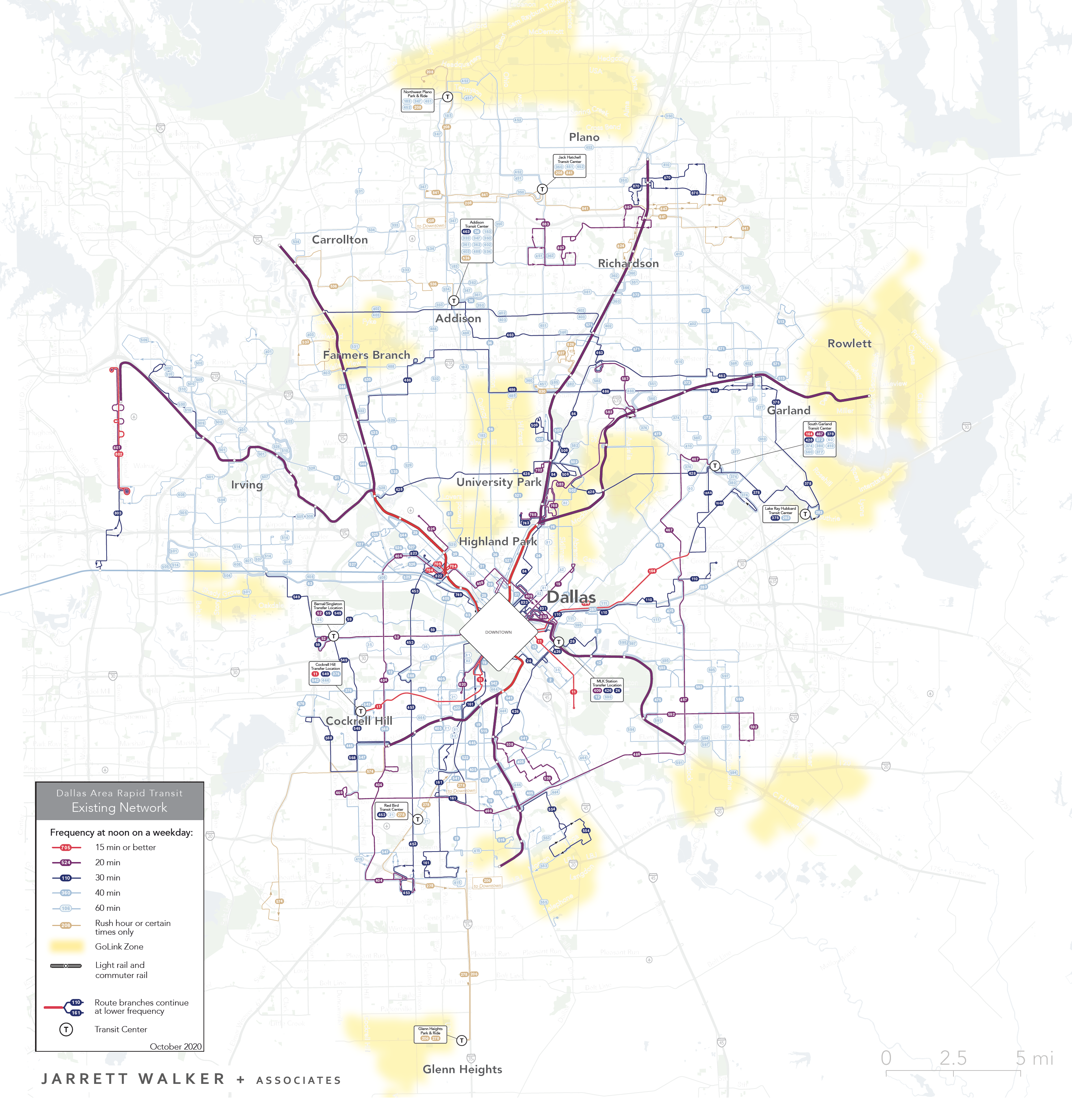 Want to see maps of downtown Dallas, or local areas? Download the report or use the interactive map. 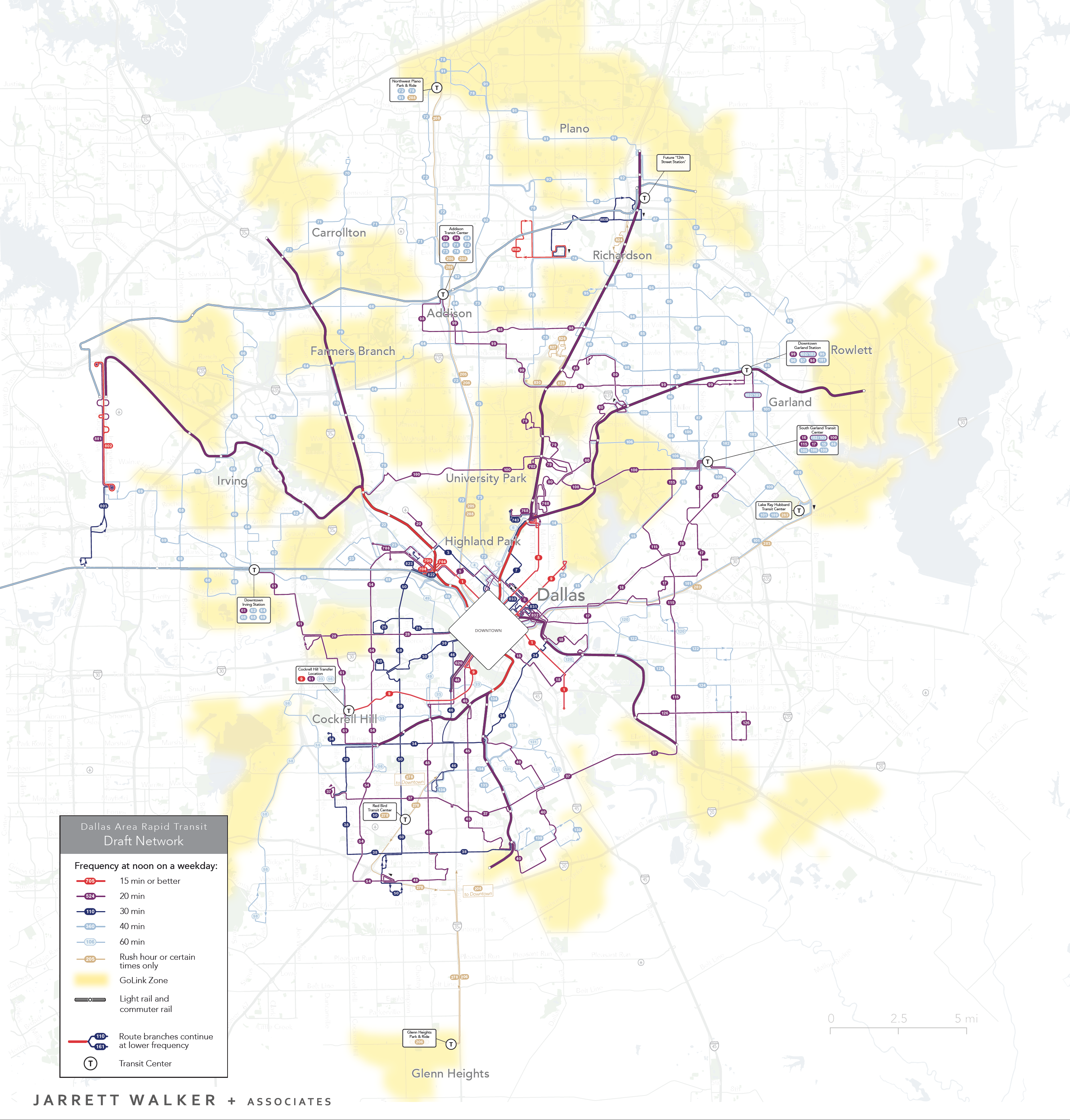 The map at right shows how residents’ job access would change.

The Draft New Network would increase job access, or shorten commutes, for most residents and riders.

To look closely at how job access would change for a place you care about, explore the interactive map. 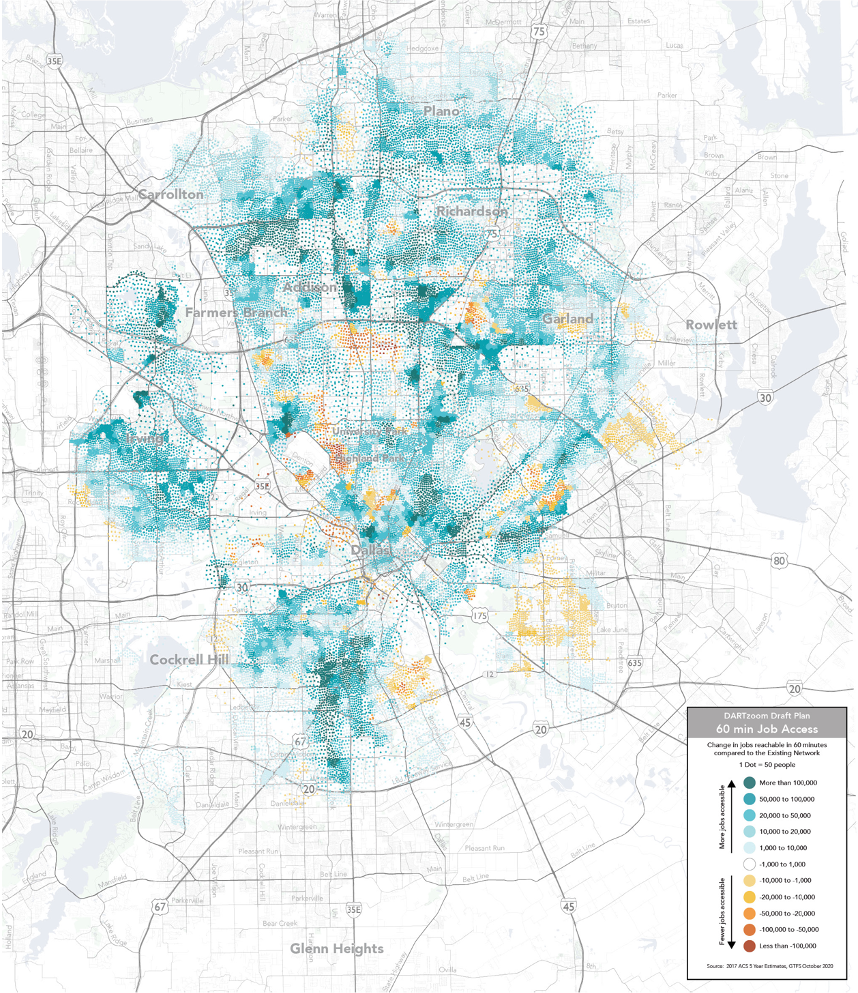